Mustard has been one of the most widely grown and used spices in the world for many centuries. It was first used as a safe and effective remedy for just about any ailment imaginable before it was used as a seasoning and condiment.

In the 1755 Pennsylvania Journal (Philadelphia) there was a notice regarding the first attempt to manufacture flour of mustard commercially:

Whereas Benjamin Jackson, late of London, intended to carry on a mustard manufactory in this City but has been hitherto greatly disappointed he not being supplied with the proper quantity of mustard seed. This is therefore to acquaint those who have any of them, or are inclinable to raise any, that they may have Forty Schillings per bushel, or in proportion for a smaller quantity, (which is 15 pence per quart) – The best time to sow it is in the fall.

The first mustard bottles were vials imported from England and the term mustard bottle first started being used in colonial advertising around 1758. This replaced shipping mustard in casks which was more expensive and cumbersome. The first American bottles were probably manufactured by the Wistarburg Glass Works in the late 1770s in Salem County, New Jersey followed by Nicholson Glass Factory and Kensington Glass Works in Philadelphia and the New-Jersey Glass Manufactory. Mustard consumption was growing and the need for bottles multiplied in cities and towns.

These early bottles were blown in natural green glass and were similar to period snuff bottles, both using a powdered form. “London Mustard Squares” were advertised in New York City in 1808. These squares were followed by squares with chamfered corners and eventually round bottles such as our subject museum example. At some point, it was popular to use mustard barrel-form bottles.

Our 5″ tall, cylindrical, wide-mouthed bottle is in an aquamarine glass with sloping shoulders, a tall wide neck, and a turned-in lip. The bottle is embossed ‘MUSTARD MANUFr’ in two horizontal lines on one face of the bottle using a serifed typestyle. The last ‘R’ in the abbreviated word manufacturer, is smaller, raised, and underlined. The reverse side copy is embossed ‘BY H. BAADER PHILa’ in three lines in the same typestyle. The “A” in Phila is smaller, raised, and underlined. There is a pronounced open blowpipe pontil scar.

Not much is known about the proprietor H. Baader in Philadelphia. After consulting 1840 to 1870s city directories we do see a listing for Hieronimus Baader, mustard mfr., 20 Mintzer Street in the 1851 Philadelphia City Directory. Another record states that Hieronimus was born around 1812 in Germany and that he was married. He died on June 3, 1864, in Philadelphia, at the age of 52.

The Food and Sauces gallery is still under development. Stay tuned! 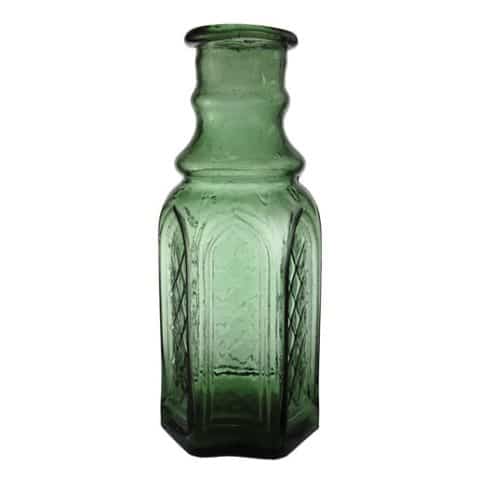 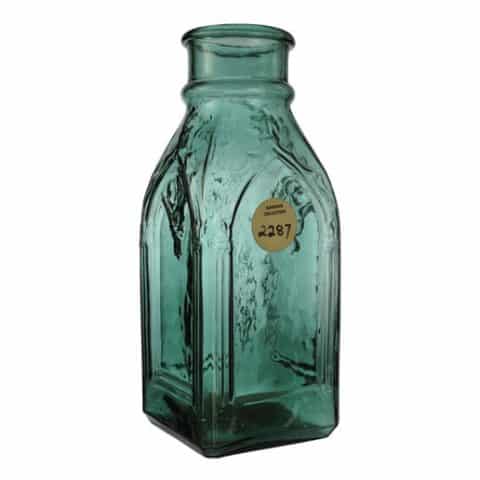 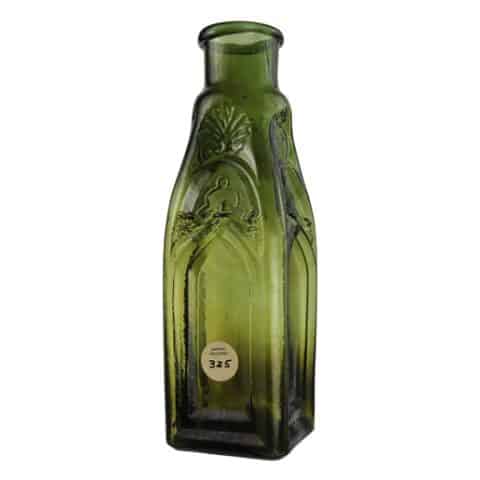 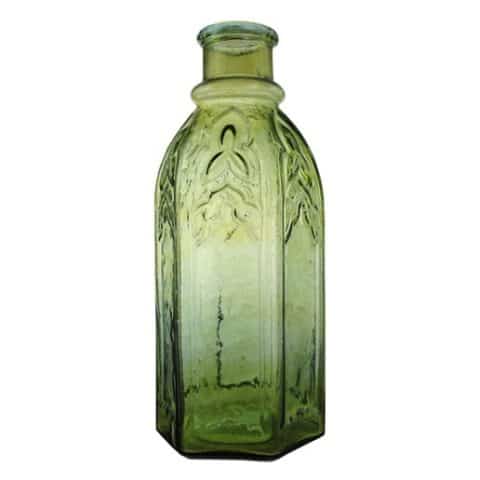 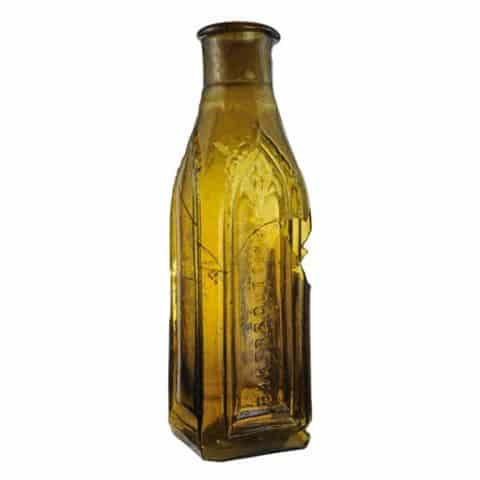 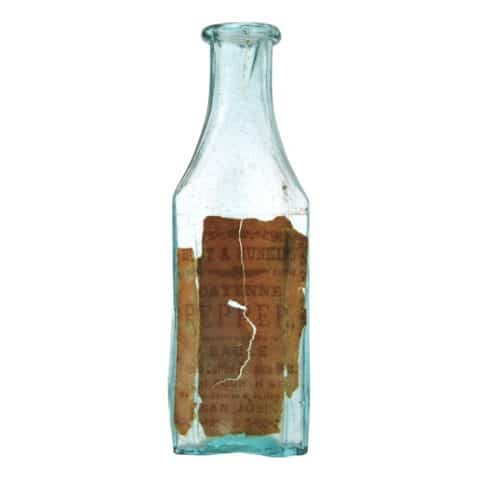 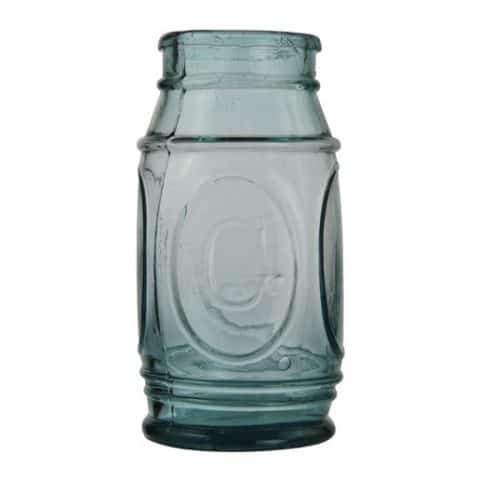 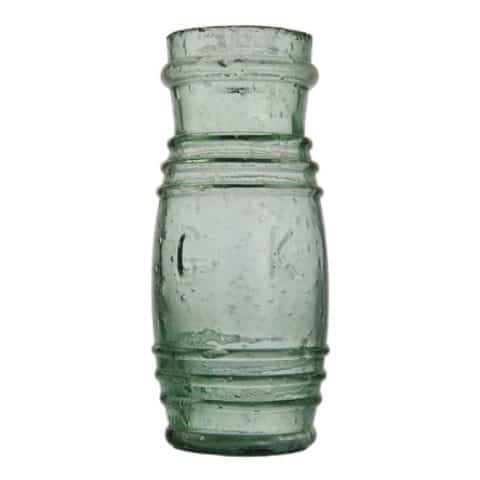 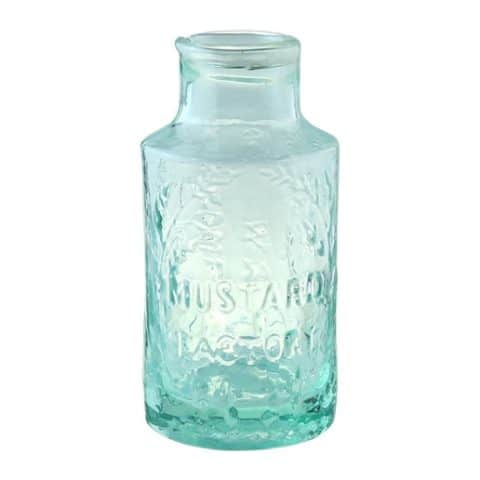 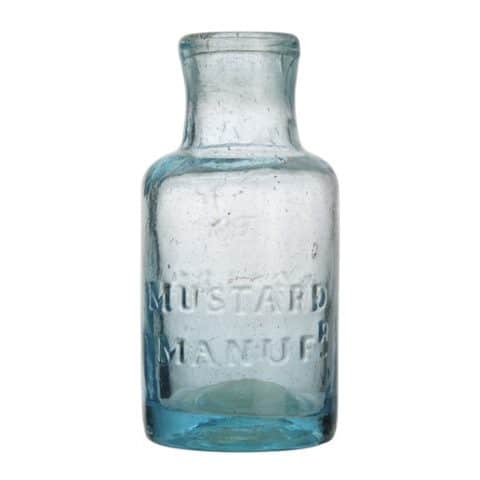 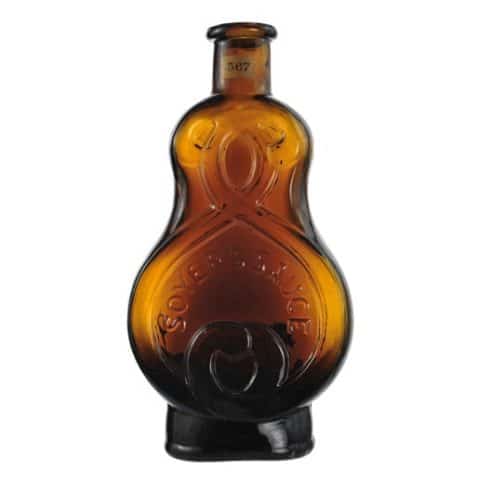 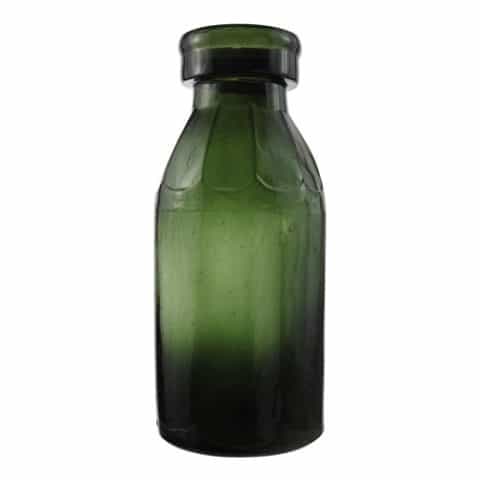 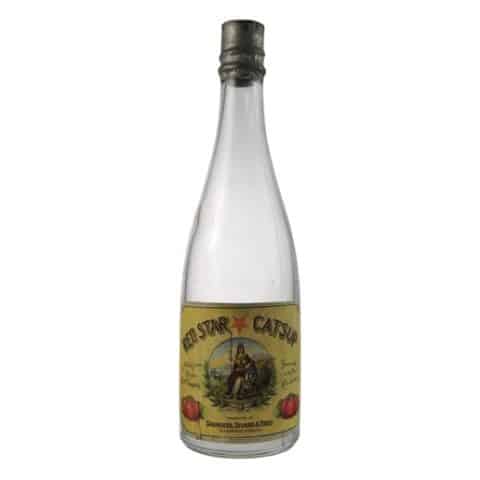 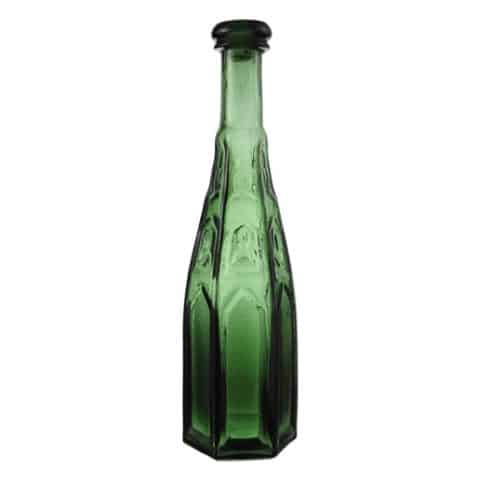 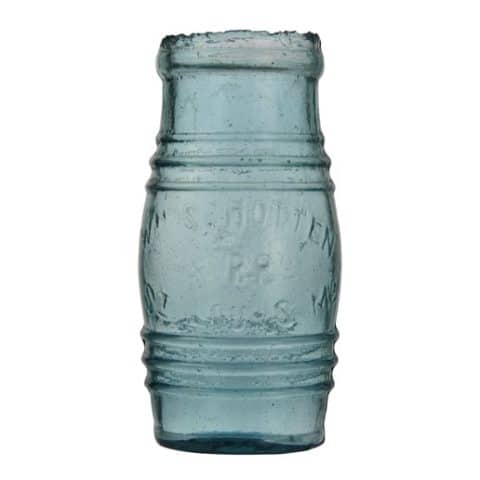 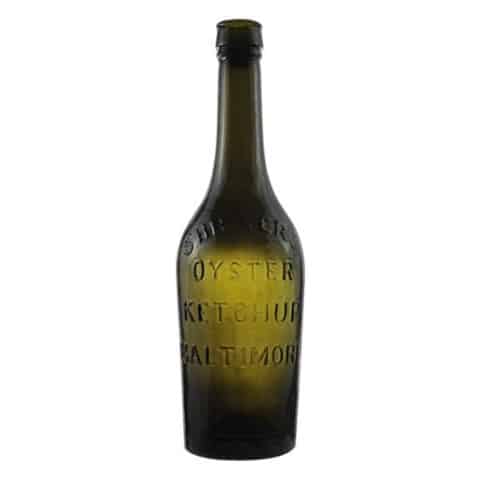 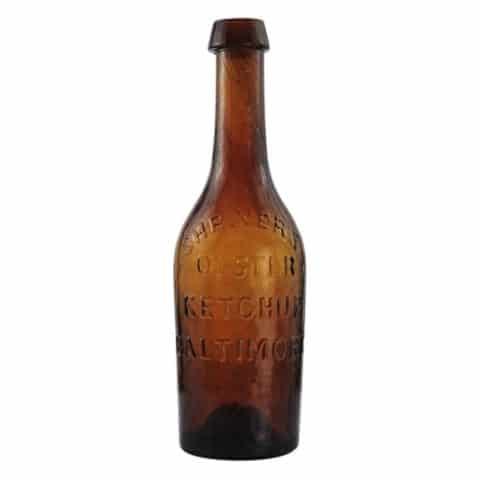 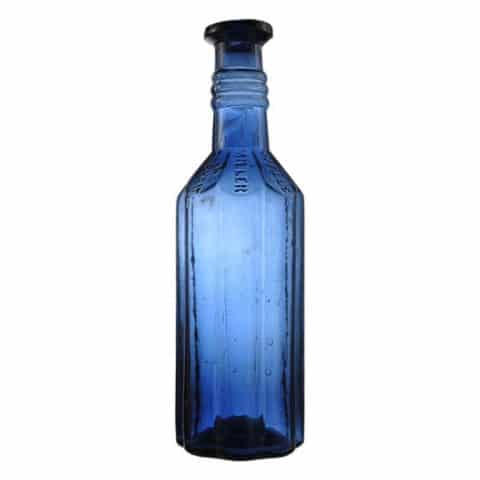 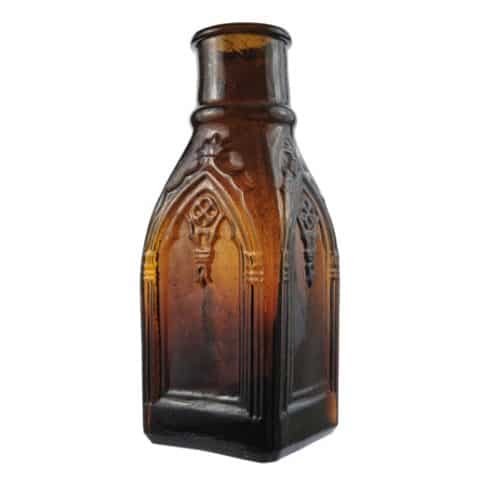 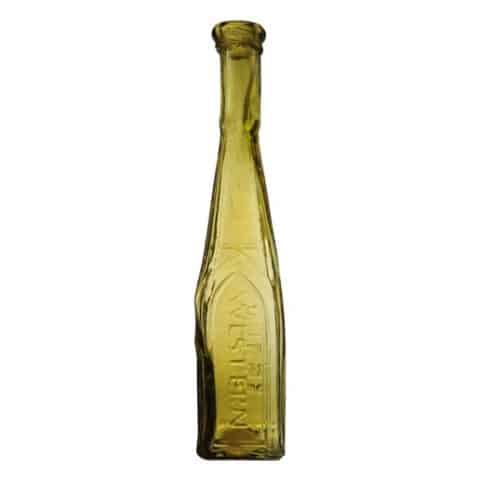 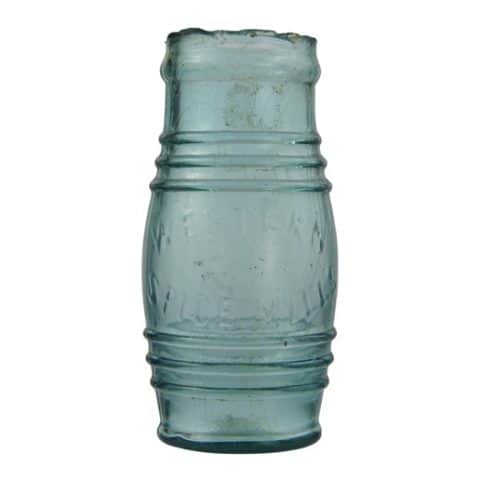 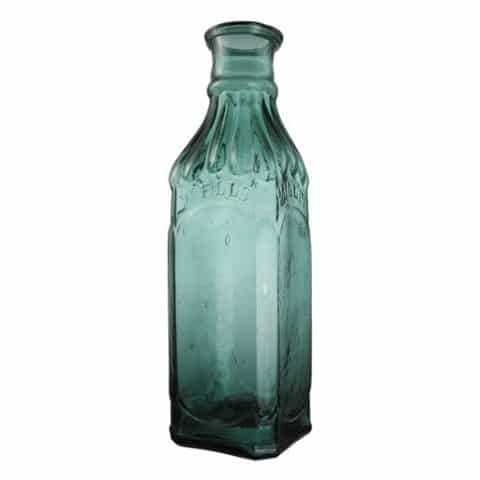 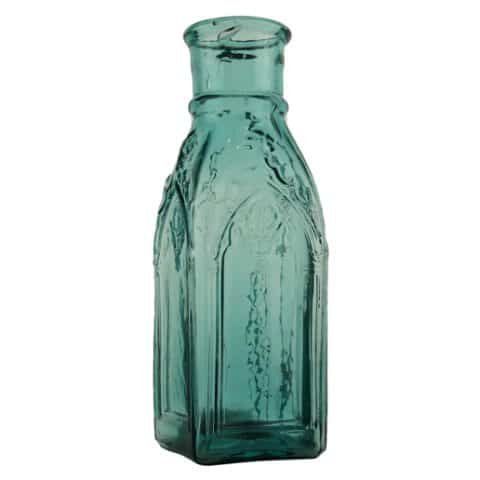